Can Laser Therapy help with turning the clock back on aging? 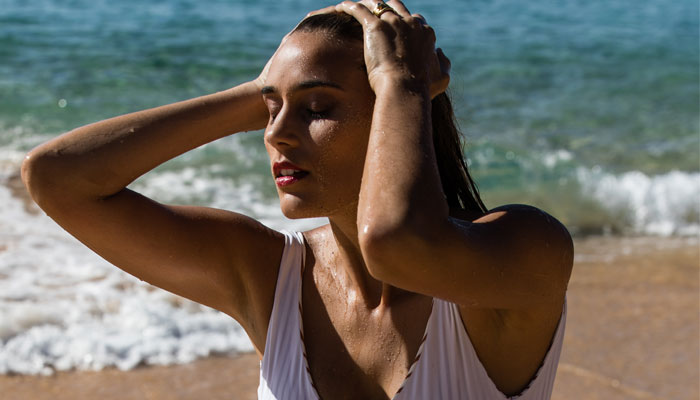 Many postmenopausal women suffer from numerous nagging symptoms as they continue to age gracefully. The on-going symptoms range from vaginal dryness, atrophy, mild urinary incontinence, pain with intercourse and the list lingers on. Specialists refer to this collection of symptoms as genitourinary syndrome of menopause (GSM), which for many, results in discomfort and loss of sexual intimacy, says Dr. Roger LeFevre, an instructor in obstetrics, gynecology, and reproductive biology at Harvard Medical School. You don’t have to resign yourself to live the rest of your life in a state of continual discomfort, he says. Today there are multiple options to turn the so- called clock back and options include laser treatments like those used for several years to rejuvenate skin on your face and body-that can help significantly.

Ok, let’s be honest: the mere thought of getting a laser treatment on the most sensitive and intimate part of your body might make you want to cross your legs. But The results of this short 3 -minute treatment, which most women report cause minimal or mild pain or discomfort (some say it feels like a snap of a rubber band), makes this procedure worth YOUR while! This laser treatment that I think works tremendously well, is called MonaLisaTouch by Italian Company, Cynosure. The laser treatment activates the body’s own healing mechanism by making a series of holes in the tissue, which then stimulate the body to grow new tissue to heal these micro wounds.  This therapy is intended to boost collagen levels and elasticity. It can also increase overall blood supply to the area, helping restore lost sensation.

Medical data shoes that women experience 70-80% improvement in vaginal dryness that lasts 12-18 months after a series of three monthly laser treatments. The data also shows 60-70% improvement in urinary symptoms, such as urgency, frequency and stress incontinence (leakage of urine that usually occurs when a woman coughs, sneezes or while exercising like running or jumping rope etc.. Women have also seen improvement in orgasmic function (which is always nice right?) The result, says Dr. Lefevre, might be simply due to improved vaginal lubrication, leading to more spontaneity in sexual activity.

Lasers are increasingly popular way to treat these vaginal symptoms, primarily because of the former treatment of choice-topical estrogen cream- is falling out of favor. Many women mistakenly fear that using topical hormones might increase their risk of developing breast cancer and stroke. The Women’s Health Initiative that launched in 1991, reported a three- fold increase in the risk of breast cancer and stroke among women who took oral estrogen, says Dr. Lefevre. Many women assumed that applied to topically applied vaginal estrogen, which is not the case. “We do our best to counsel patients that vaginal estrogen results in minimal absorption in the blood compared with oral estrogen, but the belief seems to still be there, says Dr. Lefevre.  Estrogen creams can also be messy-and expensive since many insurance companies do not fully cover the cost of the medication.

Dr. Lefevre says this trend away from hormones led him and other physicians to look into energy-based therapy, an approach in widespread use by dermatologists, who have used these lasers for a long time to rejuvenate skin on the face and body.

Understanding the technology is key.

Not all lasers are the same! The first laser studied to treat vaginal symptoms was a CO2 laser.  Many early adopters of this energy- based technology still use this type of laser, which is still very effective in treating vaginal dryness and atrophy.  But the CO2 lasers on the market today have some limitations.  For example, the most popular CO2 laser currently used for vaginal treatment can only penetrate 200 microns below the skin’s surface, which is only the thickness of roughly two sheets of paper.  This is not deep enough to reach tissue further below the surface, which holds more nerves and blood vessels. Says Dr. Lefevre.

If you decide to go this route, make sure you look for a Hybrid Laser, which Cynosure offers. This hybrid laser uses two different types of laser beams to treat both the superficial and deeper layers of the skin at the same time. “With the hybrid laser, we can choose how deep those holes should go. We are not restricted to 200 microns; it can reach the deeper layers to target nerve endings and blood vessels,” says Dr. Lefevre. Although the main reason for using the laser to treat vaginal dryness and atrophy, the hybrid laser’s ability to target deeper layers gives doctors the ability to modify the treatment to help with urinary symptoms, such as frequency, urgency, mild laxity (looseness) and mild stress incontinence. Another great thing about this laser is that it can be fitted with either and internal or external attachment, allowing doctors to treat external vaginal tissues in addition to areas inside the vagina.

Overall, laser therapy is one of several options women can now choose from to treat GSM. The shared goal here, is to change the mindset that ‘this is just the end of my youth’. Women shouldn’t have to settle and resign themselves to dealing with difficult uncomfortable on-going symptoms anymore!